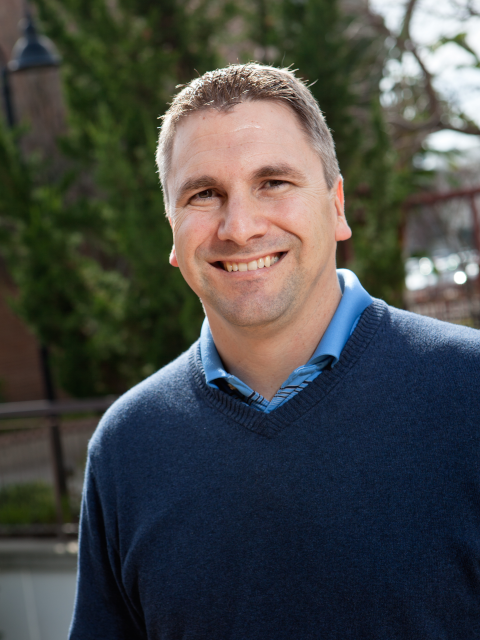 Dr. Jeremy Vaccaro grew up in the small farming community of Woodlake in California’s Central Valley. While on a short-term mission trip, Jeremy sensed the Lord’s call into ministry as a senior in high school. He developed that call, earning a Bachelor of Science degree from the University of Nebraska, a Master of Divinity from Fuller Theological Seminary and his Doctor of Philosophy in Organizational Leadership from Eastern University.

Jeremy ministered with youth as Area Director for Young Life Ministry in Oakhurst, California. He served as a youth pastor at Glendale Presbyterian Church before accepting the call that would span a decade at Chapel Hill Presbyterian Church in Gig Harbor, Washington. There he served and grew in various capacities as an Associate Pastor. Jeremy loves music, fly fishing, University of Nebraska athletics, and camping (especially at Calvin Crest where he first gave his life to Jesus, and later met the young woman who would become his remarkable wife). Now, Jeremy and his wife, Diane Pehl Vaccaro, have three growing children: Kate, Andrew, & Rebekah Joy who are a great privilege and priority in their lives.

Called to First Presbyterian Church in Fresno the fall of 2012, Jeremy serves as Senior Pastor of this downtown church whose members span the entire Fresno area. His passion is palpable as he engages others with God’s Word. Jeremy’s great hope is that all will be transformed into the fullness of the call of Christ by God’s Spirit—that all will grow to live out their life’s vocation in a missional way, gaining in relationship with Christ and one another.